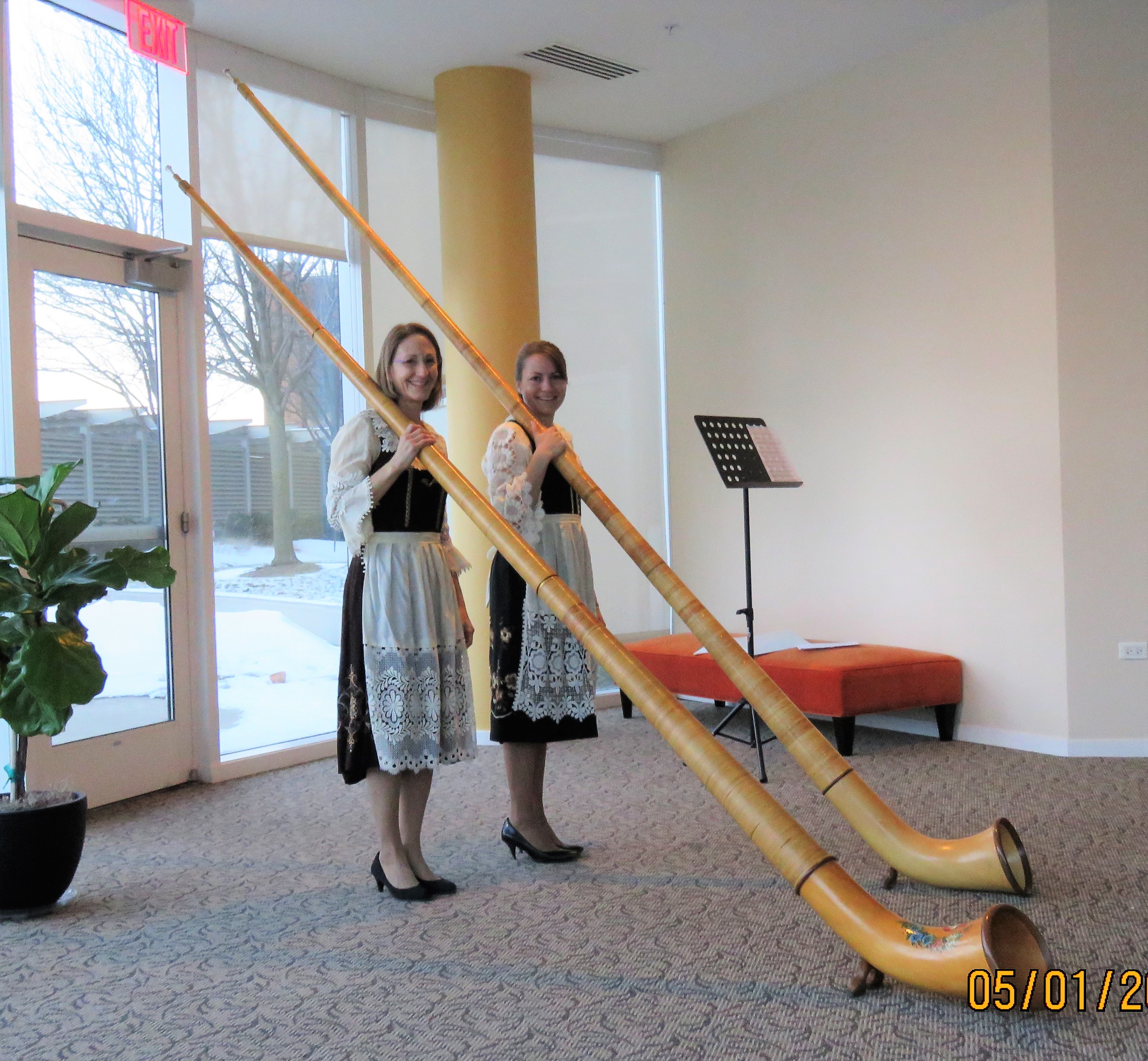 I've wanted to play the alphorn ever since I saw a pair of them being played at a Swiss exhibit at McCormick Place in Chicago. When the musicians found out I was a horn player, one of the them handed me his alphorn and invited me to play the next set. I had such a great time playing those duets, and was determined to get an alphorn of my own.

Oddly enough, my wish was granted by an ad agency representing Amstel beer, who offered me a set of gigs and located an alphorn enthusiast with one too many alphorns. I have since acquired a second alphorn so colleagues can join me on gigs, and my students can have fun playing duets with me.

Those alphorns have led me on some interesting adventures: performing with the Austrian Mixed Choir at Navy Pier and the Museum of Science and Industry, and a live ad campaign for the Ricola Company. They have also been intriguing additions to horn choir concerts, orchestra benefit programs and school demonstrations. They have also been used in presentations for MENSA and for a local chapter of the American Society of Mechanical Engineers.

Can the alphorn play every note in the chromatic scale like a French horn?

The alphorn can only produce certain notes, the natural harmonics of the tube. This means its repertoire is limited and requests for specific songs cannot always be honored.

How long are they?

An alphorn in the key of F is 12 feet long. They come apart in 3 pieces for traveling.

If you would be interested in having one, two, or three alphorns at your event, please send me an email or fill out the form on the contact page. 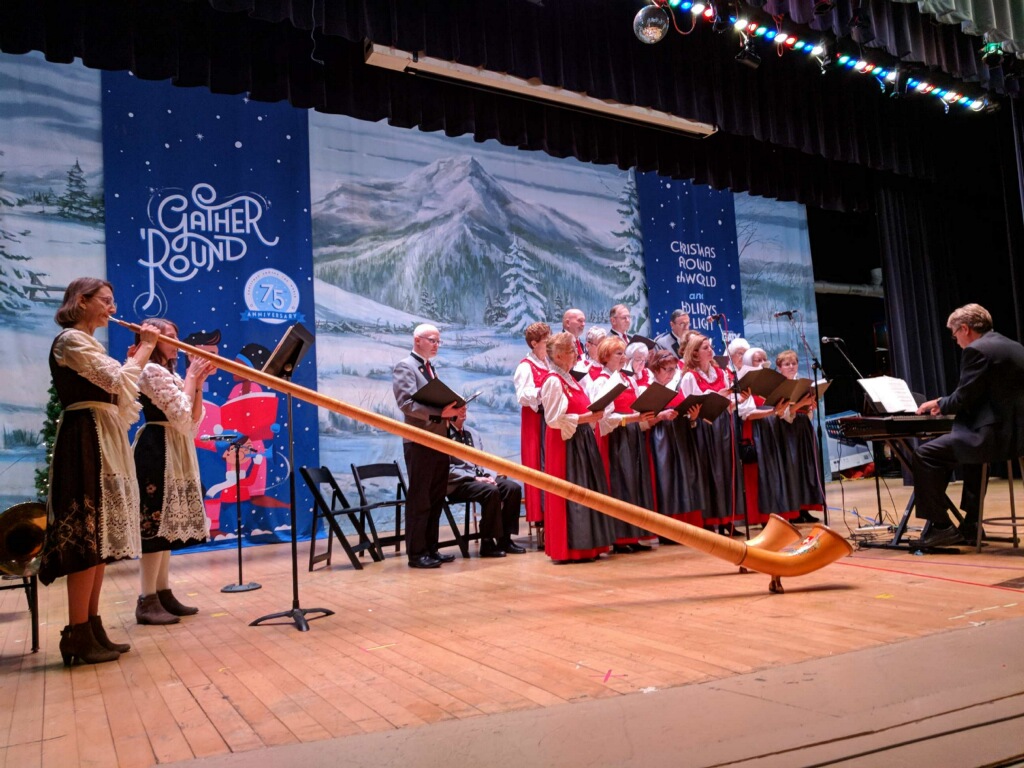